We got our engagement photos back the other day. I don’t have enough words to express how much I love them. There are so many choices that you make while planning a wedding and sometimes you get just a little nervous sometimes hoping that you made the right decision. Well, we had an amazing time taking our photos at my family’s cabin and Ryan was so amazing and made us feel so comfortable during our shoot. I was feeling good about our decision to go with him.

We got our pictures back and I know that we went with the right photographer. I am so happy and so is Cody.

Anyways, I will get to it. Here are a few of my favorites!

I love looking at them. And the fact that we chose a place that really means something to us makes them so much more special.

Let’s get something straight. I am super cheap. This sometimes becomes a problem when it comes to decorating for the holidays, because I totally love doing that.

We normally don’t carve pumpkins for halloween, mostly because I normally get bored half way through and then they rot REALLY fast after. Also, this makes it so that I don’t have to buy more decorations for Fall/Thanksgiving. You just throw a hay bale from the feed store in there and voila!

Anyways, last year I felt so bad about throwing them out after Thanksgiving because they were still good. This year I had an idea!

I spray painted them christmas colors so we could keep them longer!

I plan on buying some live garland and putting a big red bow on the hay bale to make it more christmassy.

But I love the way it turned out! The red spray paint we already had, we bought the .97 cent white primer paint from home depot along with the metallic-y one, and then the glitter spray paint came in a bonus pack thing.

It was totally inexpensive and fun. It took a little more time to do than I had planned (the metallic paint took forever to dry) but other than that, it was fun! AND my pumpkins lasted for 3 holidays!

It is finally raining here in CA and I couldn’t be happier. Normally we listen to books on tape at night, but not last night! We got to listen to the rain. Seriously the best thing ever.

This is from one of our local weather men:

It has been a dry year for us. Which not only is bad for all the farmers and whatnot, but it totally sucks for me because I LOVE the rain. I hate it when people say that we are in for not so great weather. I say BOOOOO to you. Rain is wonderful and perfect and it means snow in the mountains which keeps my family in business!

Happy Wednesday! Today we eat cake! No really. We are going to eat some of our future wedding cake. 🙂

Happy Friday! I am excited that it is here. It came quite quickly since I only worked 2.5 days this week. Here are my 5 for the week.

1. My beautiful cousin got married this past week! It was wonderful to see a lot of my family. These aren’t all of my cousins but I am really happy that I got a photo of all of us who were there 🙂

3. Cody and I took our engagement photos on Monday. I can’t wait to see them!

6. Having Today off of work!

What are your favorite things that happened this week??

Have you ever put your foot in your mouth at work without knowing it? Well, I did that yesterday. To some pretty high up admin people too. The worst part, I didn’t even know I had done something “wrong” until after I had said it. I thought I was trying to end a meeting on a positive note about how our maintenance guys were totally awesome and fixed my sink for me but apparently I didn’t know I had to go through all these fire-y hoops before being able to ask. That probably made no sense. I just feel yucky about it now. BOOOO. Anyways…moving on.

I have a pair of boots from Aldo. They are amazing and I have NO idea what I would do without them. Seriously though, I wear them all the time.

I have been feeling pretty unstylish lately though, so I have zero outfit photos to share. BUT I will share some outfits with amazing boot pairings that I have pinned to my pinterest that I have been coveting for Fall. I may need to try and recreate some of these soon.

Do you have a favorite pair of boots that you love? How do you style them??

Linking up with Lauren, Tara, Rekita, and Agi.

This past weekend Cody and I took our engagement photos. We were supposed to choose a place that meant something to us (which is a lot harder than you think it is). We decided to take our photos in Pinecrest, CA, where my family has a cabin. I have spent a good portion of my life up there and Cody loves it up there too. The only bummer about taking photos there is that it is 2.5 hours away. There was a lot of driving involved. But it was good. We got to know our photographer better and he and Ellie sat in the back with him and they got to “bond.” It was a really fun trip. We had a bunch of props, some we didn’t even use. But mostly it was just the 4 of us having a wonderful time in a place that we love.

Ellie got to run wild pretty much the entire time and absolutely loved it. The lake was almost completely empty so many of our photos were taken at the bottom of the lake, which was pretty neat. I have found that it is really difficult to take not silly photos the entire time AND I have a really hard time being super cuddly and lovey dovey in front of people. Oops. Sorry babe.

I can’t wait until we get to see our photos. I have to wait 2 weeks for them! It is going to be a long two weeks. So until then, I have to remember our trip by these few photos that we took.

Well, it has been a weird week. Went to work Monday and most of my kids were sick, so there wasn’t much for me to do. Tuesday I called in sick. Wednesday, our kids go home early. And then I went to work on Thursday, ready for the day, and ended up going home at 10 am and am now on workers comp. Cool. Go me. So this week might be a little light on the high fiving.

1. parking in an orchard at work.

Linking up with Lauren, Lauren, and Jeanett.

I have had a really difficult time finding something to wear for our engagement photos. Well time is up, our shoot is on Monday. I have what I have, and even though I am not 100% satisfied with the outfits I have chosen, they will do.

Thank you all for your suggestions on where to buy dresses. I ended up getting this one at modcloth.

I do have a question though. Grey or textured beige. Super important question over here. Which set of tights do you like better?

What do you think?? I don’t know which I like better.

And then cody entertained himself by playing with his flash.

My fiancé man is super nerdy but I totally love him.

We are having our wedding at a horse sanctuary and so it is going to be a backyard/country themed wedding. So yes there will be mason jars. Pinterest is full of different ideas for how you can make them unique. I love them all. Here are a few of the pins I have floating around my pinterest just for some inspiration.

It is going to be hard to decide which ones we are going to use without going too overboard. I really just love them all!

Happy Friday! It has been a messed up week at work with everything going on and the amount of actual speech things that I got done were minimal. It is totally throwing me off. Oh well. at least it is Friday and there are only 3 more weeks until we are off for thanksgiving!

Here are 5 pretty awesome things that happened this week.

1. My sister went to her first Homecoming! She is getting so old!

2. 4th annual girl dates to Apple Hill with the BFF.

3. We had our Harvest Festival on wednesday at work and before that I went around asking for donations for our kids. Home Depot donated almost 50 pumpkins! How amazing is that!

4. The leaves are turning colors. Pretty soon it will be even more beautiful!

5. At our house, Halloween treats aren’t just for kids.

Linking up with Lauren, Lauren, and Jeanett. 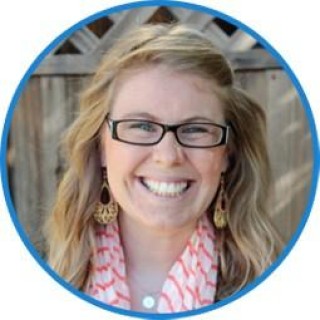 Hi! I am Amanda. I am a Target addict on a budget who needs some consistency in her life. Thanks for stopping by!